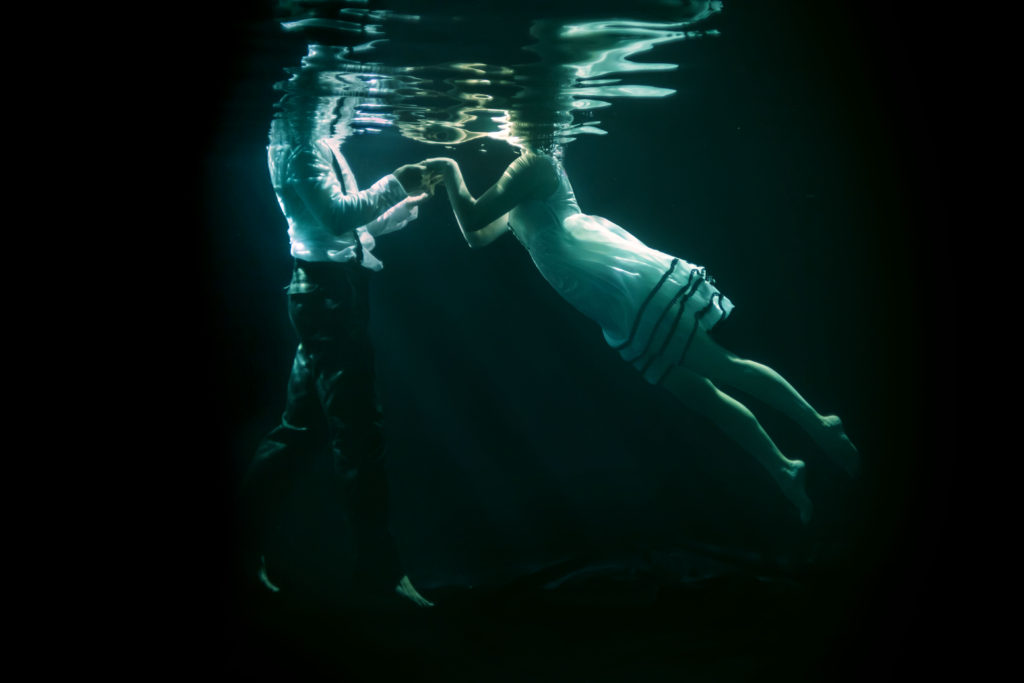 In 2003, Bérengère Fournier and Samuel Faccioli created [oups]; a short piece for two dancers and a couch. Its light form allows it to be programmed in a lot of places, and thus, the piece met a sharp success. [oups] is still in the company’s repertoire. In 2006, the choreographer SYlvain Groud invited the duo [oups] to perform in Rouen, Theatre des Arts. There, they met Benoît André (the then Director of the Festival Automne, Normandy) who encouraged them to create their company.

In 2007, the both dancers created La Vouivre, located in Puy-de-Dôme, Auvergne. They invented a common language, between dance and theatre to highlight a precise and musical writing. They created their own world with an emphasis on a playful and poetic approach. Having this structure allowed them to develop their diptych project and create a second part of [oups]:[opus].
In October 2008, the premiere of [oups + opus] took place in the Festival Automne in Normandy.
In 2009, the play was performed in the Festival d’Avignon during 3 weeks and then knew a wide tour (both nationally and internationally).

In 2011, La Vouivre created its third performance Pardi, the last part of the triptych following [oups] and [opus]. It is important for the company to go until the end of the writing and creation process which fix a strong identity based on meticulous aesthetics, precise and rigorous moves.

In 2014, La Vouivre created a play for young audiences, La Belle. This performance enabled the company to reach national and international audiences. This creation has been performed more than 130 times!

In 2016, Bérengère and Samuel are Associate Artists of Château Rouge, Annemasse. They created Feu, and developed a work about the group and the individuality, a work in which the collective energy, the collective dynamism and the inner emergency design precise and cut gestures. Through a strict choreographic language, they seek to create a straight and a vital dance. Their authentic and sincere approach leads to e non-dramaturgic and no-frills intent. This is an eye that questions without imposing a unique view, so the spectactor makes its own interpretation.
The moving body passes on emotions, the moving body is a living witness of a society, of an era.

La Vouivre is currently working on its next creation: Arcadie, which is going to premiere in May 2019.